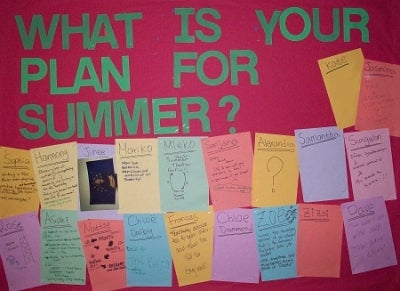 So, just like that, my semester has come to an end. I've left Oberlin and come back home, after rushing to complete all the things I planned to do before the semester ended. (I, foolishly, thought there would be more time.) Before actually leaving, I managed to cook dosas, watch an episode of Firefly, dig through trash cans, and help choreograph a dance from Nutcracker (you'll be hearing a lot more about this next year - there will hopefully be a performance on campus - so stay tuned).

And then, all of a sudden, it was time to say goodbye. Suddenly everyone's summer plans, as well as plans for the fall semester, were terribly important. Some people were briefly going home, before returning to campus to do research in a lab or to work; some people were staying for commencement, either to work or to graduate; and some people - like me - were just going home, with jobs or internships planned (or, in my case, not so planned). Then there were the people going abroad, some for two semesters. There are people I've lived with all this year who I won't be seeing for fifteen months.

Really, the only solution was to stay up until around 3:00 AM, listening to hit songs from the nineties, reading picture books, and learning the proper way to put on bangles. So I did. And then all that was left was to look to the future and see what summer would bring:

Zoe! How are you?
Working/wandering during commencement week has been really fun and relaxing. Some alumni are playing the piano and sing really lour right now. You guys have some competition of keeping the house live.

These blog things are strange. What is the process of selecting bloggers?

We were selected based on writing samples, mainly, as well as what sorts of activities we participate in, and things like that.