Very few people (lucky people, if I do say so) will ever get to share their college experience with a sibling. Granted, not everyone would want that, but on the contrary, I LOVE it.

In the years that my brother Ben was becoming cool, I was at Oberlin. We saw each other some over the summers, but both he and I were busy (me with 40-hour work weeks and he with Youth Conservation Corps and related fun outdoors summer things). I started to get the feeling that he was turning into an absolutely fabulous human being over winter breaks, when we had two weeks of fun and family in New York City. Somewhere along the way, I think he figured out that I was a cool person, too, and that being at Oberlin is part of being cool, so... yes! Siblings and Oberlin! They're a great match!

My parents' delights that their children are best friends and in the same place notwithstanding, I love having my brother around. He plays pretty music. He's interested in science-y things. He likes advice and conversation. He knows me better than anyone else in the world. And he's a mechanical whiz and ingrained tinker-er, which makes him my favorite bike-fixing buddy.

I, in my less-than-college-student state of being, and my brother, in his totally-immersed-in-college state of being, have to make plans to see each other sometimes. Today's excuse: "Ben! Help me fix my silly little bike! Also, I have all your Winter Term papers." "Ma'ayan! Advise me on classes! Also, I have all of your camera lighting equipment."

We met exactly in the middle: the Bike Co-op in the basement of Keep, across the parking lot behind Asia House, where my brother lives, and 10 houses down from my current abode. 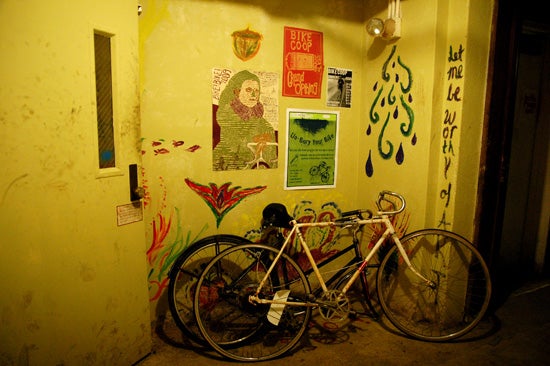 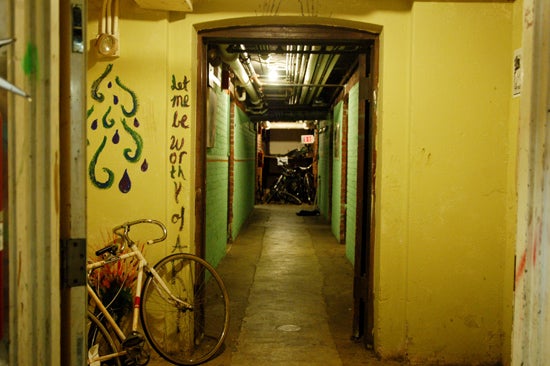 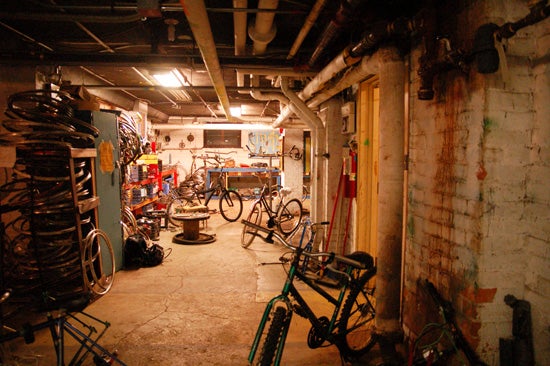 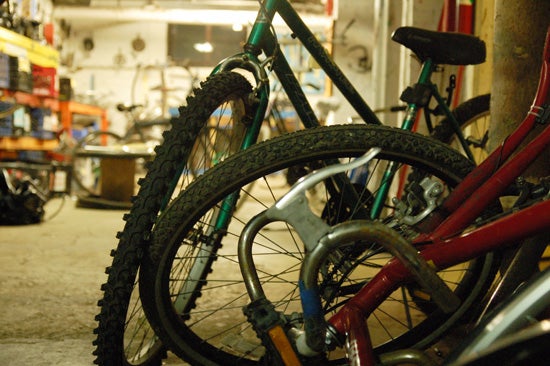 The story of my bike: it's cute, it's small, it's brightly colored, it's finicky, and Ben and I had an experience trying to fix it before (it's also *still* unnamed, and I still think it should be... ideas?). 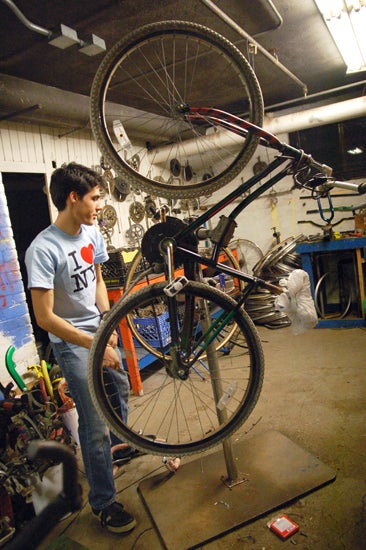 My bike! It's delightful! It is also an acrobat, and has been in a circus (actually, it has).

So, while discussing a pending class schedule (Neuro! Cinema! Politics! Geology!) and troubleshooting my aging camera, Ben trued my wheels (he explained it, too, basically, you're making your wheel circular again by turning and twisting the spokes, which have wires in them... I never knew!). We bested my chain and tightened my fender while talking about Winter Term and Dan Savage (he will be visiting in the spring!). We segued into the Harry Potter premiere next Thursday as we replaced my long-lost front and back reflectors (safety first!). 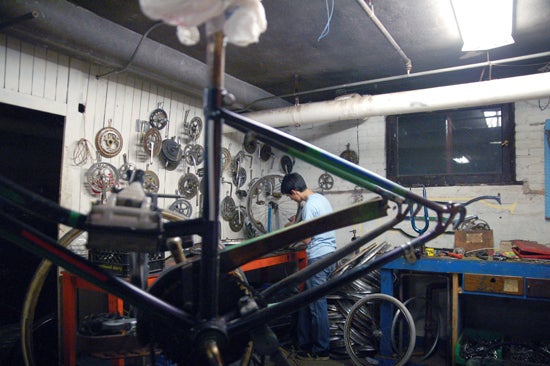 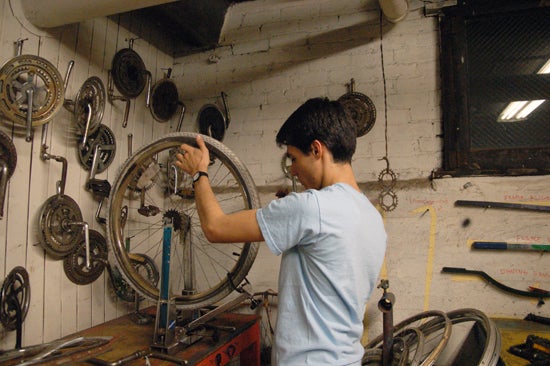 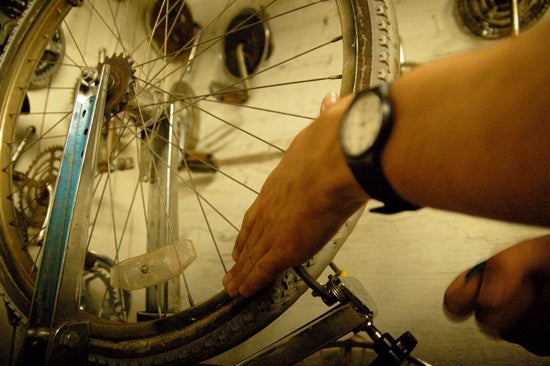 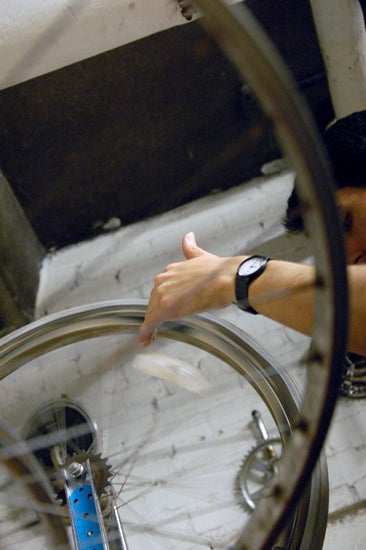 Every so often, our conversation would increase in volume as I wandered around the basement discovering more and more cool bike parts and beautifully organized wheels, tires, and pedals. The bike co-op is such a treasure chest, and for some reason, photos look bizarrely cool down there. Imagine bike carcasses, just waiting to become bike-monsters-a-la-Frankenstein. Or don't imagine, and just look for yourself. 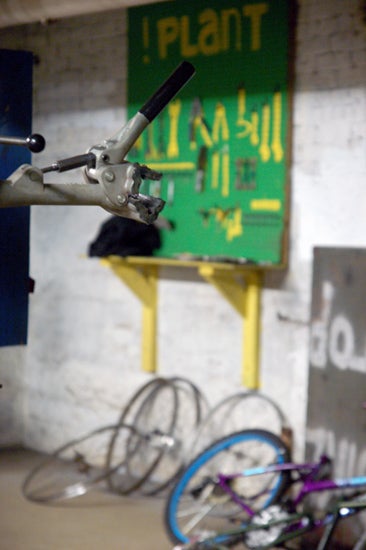 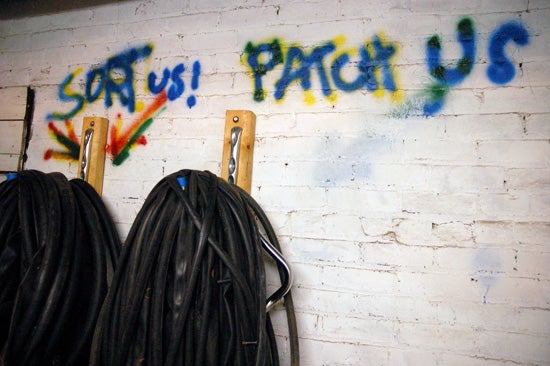 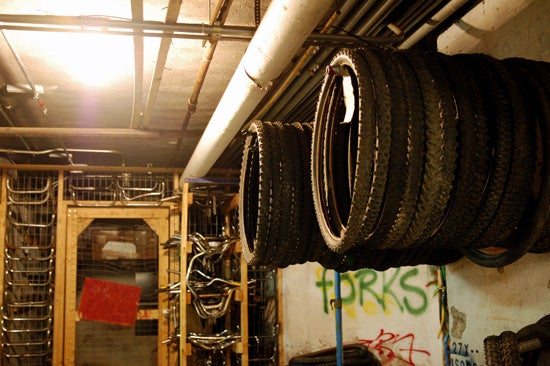 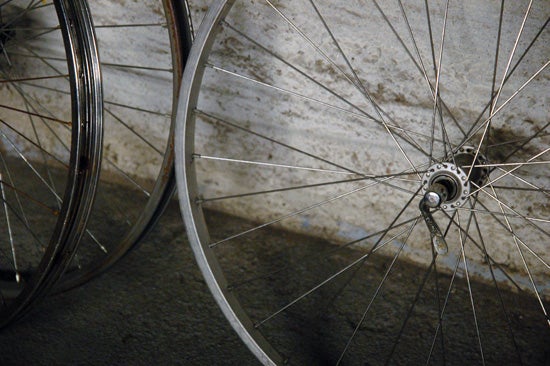 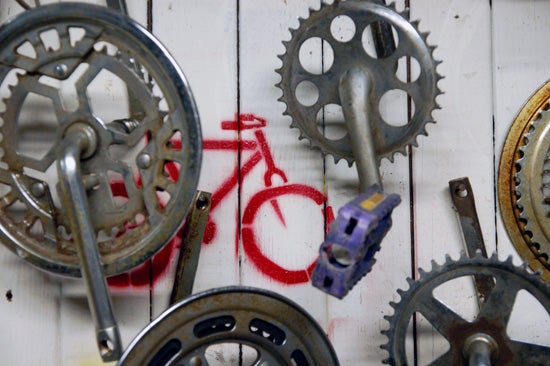 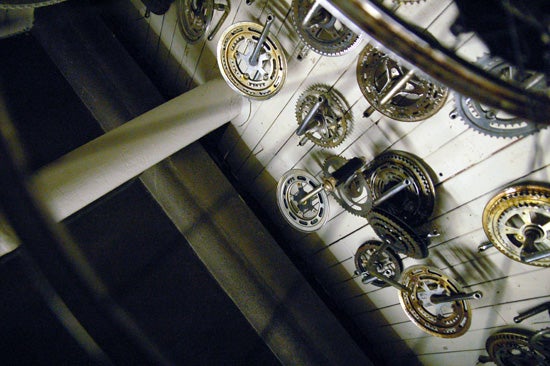 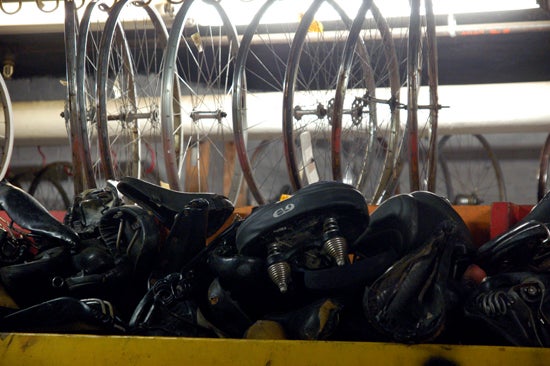 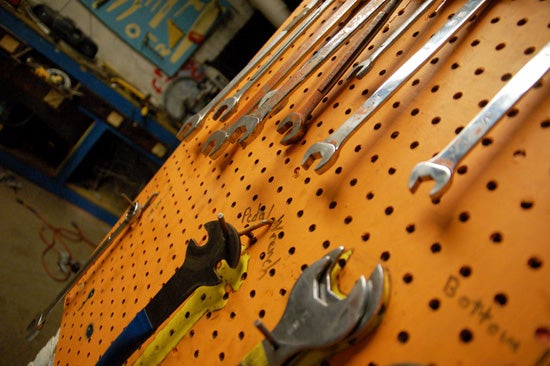 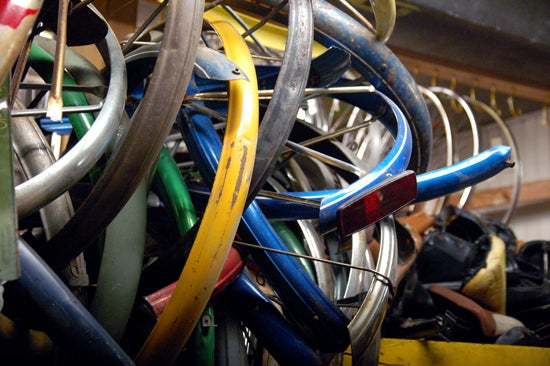 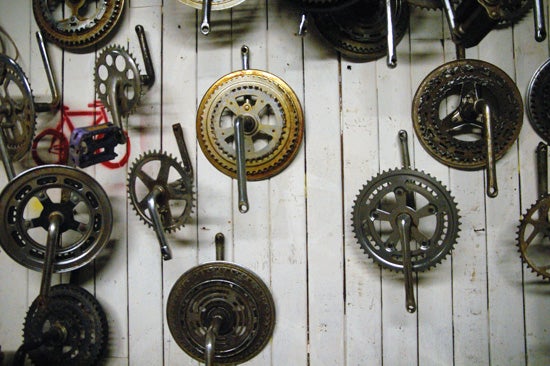 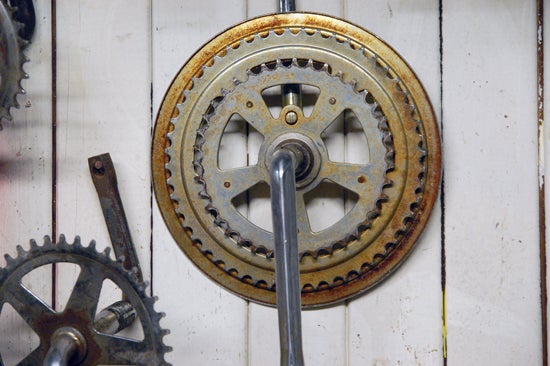 Upon our leaving, both co-op monitors were attempting to play some intricate version of "the floor is lava" with their fixed gear bikes and the bikestands. I don't actually know what was happening, but it definitely made me grin.

Ben and I parted ways, he to his laundry and his guitar, me to my final touches on my ExCo application (more on this later). And for the first time in months, when biking over the bumpy Stevenson parking lot, my bike was silent, no clangs, no falling chains, no creaky wheels. It was great. Thanks, Ben.

great photos! (especially of Ben) I go to sleep with a smile.
I can see how conducive the bike coop is for photography.
thanks.

You and your brother are adorable.

Those are fantastic pictures, Ma'ayan. You really captured the nifty-ness (that is totally a word) of the bike co-op.

And as the younger sibling of an awesome older sister who, while she didn't go to Oberlin with me, went to one Oberlin's defacto sibling liberal arts colleges (Grinnell) I definitely know the "wait, you and I went off to college and suddenly it is the coolest thing ever to hang out with you? what happened here?" feeling. Must be something in the water at small liberal arts colleges that makes us inherently awesome company.

@Ellen Liberal arts is where it's at. I love that these sibling friendships are not limited to just me, but rather, that we'll automatically have best friends for the rest of our lives. It is a beautiful beautiful thing.

Yay! That's such a great place to take pictures.

Also, the spoke *is* a threaded wire, male end, and the part that attaches to the rim and turns is called the nipple (female end, surprise surprise).

Help! I'm being chased by an angry feminist!

Love the photos. Count yourself fortunate to have, and want to have, that kind of close relationship with a sibling. How great for you to be able to share important periods of your lives with each other, yet allow one another to grow in different directions and enjoy different (Oberlin) experiences. Fortunate indeed. (Say, maybe he can fix my bike? It's a very very old Schwinn. . .)

@Ben You learn me so many things! Thanks again!

@Marsha He's the best. Ben, how do you feel about helping Marsha fix her bike, too? You'd get to tinker more!