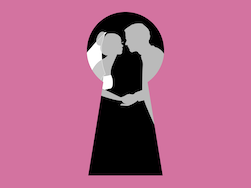 An arranged marriage gets rearranged when the wealthy Count woos the sister of his contractual soulmate. Soon their love triangle spirals into a pentagon of sorts—filled with double crosses, confusion, and confessions.

Presented in Italian with English supertitles.

Music, Sports, and the Enduring Influence of Ancient Greece Athletes and musicians share plenty in common, from their determination to perform at the highest levels to their strategies to stave off anxiety. Out of their shared experience—and inspired by the return of the Olympic Games in the summer of 2021 and the winter of 2022—violin professor Sibbi Bernhardsson devised a season-opening festival that links the worlds of musicians and athletes, as well as the influential culture that exalted them both.

Violin professor Francesca DePasquale teams up with pianist Scott Cuellar and the Verona Quartet, Oberlin’s ensemble in residence, for a performance of works by Lowell Liebermann and Ernest Chausson.

40 Years in Fairchild: A Celebration of the Bridge Memorial Organ

Built by noted craftsman John Brombaugh, Fairchild Chapel’s Bridge Memorial Organ—fashioned in the style of the German Renaissance—turns 40 this year with a series of performances by Oberlin faculty and guests.

The Awakened Steppe: Traditional and Contemporary Music from Mongolia Sponsored by Oberlin College’s Luce Initiative for Asian Studies and the Environment (LIASE) Implementation Grant from the Henry Luce Foundation.

A longtime member of the piano faculty at Indiana University’s Jacobs School of Music, Jean-Louis Haguenauer has performed extensively throughout Europe and the United States, including solo engagements on virtually every major concert series in France as well as Radio France and French national television.

40 Years in Fairchild: A Celebration of the Bridge Memorial Organ

Built by noted craftsman John Brombaugh, Fairchild Chapel’s Bridge Memorial Organ—fashioned in the style of the German Renaissance—turns 40 this year with a series of performances by Oberlin faculty and guests.

Robert Walters joined the Cleveland Orchestra as solo English horn in 2004 and two years later began teaching at Oberlin Conservatory. Prior to his appointment in Cleveland, he served in the same capacity with the Metropolitan Opera Orchestra and the Cincinnati Symphony Orchestra.

Becca Stevens is a Grammy Award-nominated singer and multi-instrumentalist whose music effortlessly blends influences of pop, jazz, indie rock, and Appalachian folk. She has collaborated with the likes of David Crosby, Brad Mehldau, Esperanza Spalding, and Michael League of Snarky Puppy, among others.

One of Handel’s most beloved operas eases the tragedy of its central characters with breathtaking arias and a splash of humor.

The production's four performances run Thursday-Saturday at 8 p.m. and Sunday at 2 p.m.

Jonathan William Moyer specializes in a vast repertoire from the renaissance to the 21st century and has performed throughout the United States as well as in Europe and Japan. The Baltimore Sun has described his playing as “ever-expressive, stylish, and riveting.”

Founded by conservatory faculty in 1982, the Oberlin Trio today features longtime members Haewon Song (piano) and David Bowlin (violin), along with cellist Dmitry Kouzov, who joined the Oberlin faculty in 2020 and first performed with the trio in January 2021.

Renowned for their performing and teaching, violinist Donald Weilerstein and pianist Vivian Weilerstein have shared stages as the Weilerstein Duo for more than four decades, presenting recitals in major venues across America and throughout the world. Named for Professor Peter Takács and the composer whose music has been a pivotal source of inspiration throughout his career, this inaugural competition presents standout student pianists in performances of Beethoven.

Performer and educator Mark Sparks serves as principal flutist of the St. Louis Symphony Orchestra and has appeared as soloist and orchestral artist throughout the world.  He is a faculty member at DePaul University and a contributing editor to Flute Talk magazine.

Described by critics as “scintillating” and celebrated for her “rich, expressive playing” (MusicalAmerica), violinist Francesca dePasquale is the first-prize winner of the 2010 Irving M. Klein International String Competition and recipient of the prestigious 2014-16 career grant from the Leonore Annenberg Fellowship Fund for the Performing and Visual Arts. She joined the Oberlin faculty in 2020.

Richard Hawkins made his solo debut at the Kennedy Center with Mstislav Rostropovich and the National Symphony Orchestra in 1992. He has since given more than 50 performances of featured clarinet works with orchestra.

Acclaimed baritone Timothy LeFebvre has wide-ranging experience from the operatic stage to the concert hall. A professor of voice at Oberlin, he has appeared in concert with the Jacksonville Symphony, Indianapolis Chamber Orchestra, the American Symphony Orchestra, Pittsburgh Symphony, and many other orchestras, in addition to appearances at New York’s Carnegie Hall and Alice Tully Hall.